What’s been on my mind lately is how much my sense of time has changed recently. By the mere fact that I’ve gone from doing maybe 1 social thing in a week, to doing between 2-3 in a day. Which makes one week feel like several weeks, because my mind has not adapted to this new sense of time yet, this new development, how much I actually do in which span of time. And the stupid thing is, and I call it stupid because it is frustrating and just like even though I’ve had this change which should be for the better, it’s not really, it feels like it’s causing a lot of problems, while it’s the opposite of the problem I previously had, now the problem is the other way than it previously was.

Let me just explain what the old problem was. While I’ve been sick for the past few years, I had a really bad sense of time, for a few reasons. One of the reasons was that I would dissociate for hours, not whole days, but whole chunks in a day, several days in a row, where I just kinda disappear. I’ve referred to this in the past as losing time, and I’ve been asked if I have DID, which I’ve explored, but it doesn’t seem like that’s the fit. But I’ve also explored other things, there’s this possibility that I’m on the spectrum. And what’s really spoken to me recently is ADHD, because it presents differently in women than in men, and this is why I can never stick to one story in one straight line, my mind kind of gets distracted and I end up somewhere else. That actually makes writing really hard sometimes, because I can’t focus in just one place, I have to keep going off track. [This whole post was recorded first, then edited into a functional text with some distractions removed, and some kept but crossed out].

(So sense of time, let’s go back, anchor. *sigh*) While I was sick, for the past 3 years, because before that I was going to school several times a week, and I would, I kind of knew how time was passing, with the help of going to school. Some of these incidents have been before I started studying, mostly because I was sick then too, but when I was studying it gave me a pretty clear structure, every year, or every term you’d have a new schedule which would help me be aware of where I was, and where things was in that time-frame. In the past three years, while I’ve been recovering from extreme fatigue, I have felt like something that happened a half a year ago, like 8 months, or further away, still felt like just a few weeks. So I could come back to someone to talk about that, like it was yesterday, like it was last week. For me I had finally gotten to a point where my mind had successfully processed this information, to be able to have the followup conversation. Like say, when something bad happens between two people, right, you want to come back and apologize for what you’ve done, or figure out if there’s something you can do to discuss it, etc., but when you do this after 6 months, when you both are supposed to have moved on, because it was supposedly fine, you end up kind of dragging up old things which would’ve been better left alone. Which is a problem.

This didn’t happen very often, but it happened a few times and caught my attention. However, because I was very low energy, it was kind of hard to talk about and it didn’t happen very often, because I wouldn’t actually have a lot of interactions with a lot of people. In the meantime I did realize that it was happening, and I made a mental note of it, and try to gauge it a bit differently.

Fastforward to May of 2019, previous month, because we’re now in June. I went from being able to do 1 thing a week, like I said earlier, to be able to do several things in one day without a problem.
Thanks to the medicine, Levothyroxine, Levaxin (svenska), which helped deal with my hypothyroidism, which actually gave me physical energy for my body (my muscles). And apparently, I have for the past 3 years, done such a good recovery for my mental health that as soon as this medicine kicked in, I was ready to roll out. Just get out there and live life, and do things and get things done, and yeah… I .. Here we are. So I did, and with that in the past, these events, even if I knew it’d only been one night, even if I knew I’d only slept for one night. I’d done 3-5 things, which should indicate that it’s already been weeks, right?

Do you understand what I’m saying here? Suddenly my brain, which I know there’s a lot of plasticity in the mind, which is like the most fascinating thing on this earth to me. () The time. The experience of time has dilated, I’m experiencing time time a lot faster, right now, than everyone else, because I am used to one week being a certain span in activity but one week for someone else would in the past have been a year for me. That’s how the difference feels.

And it’s really hard to like, I know I’m not the only person in the world who’s experience time differently. I think we have a lot of misconceptions about how time is, it’s always going to be subjective. And when your brain is constantly doing something, or constantly unable to do something, you’ll experience, feel and notice and think about that time so much differently than someone else.

I wanna connect this, with something I’ve been calling me being Hyper social. Which is where I’ll go out and meet someone, It’s fine, I’ll go home I’m a bit tired, and within a few hours I’ll be ready to go out again. I have always viewed myself as an introvert, so I’m so fucking confused right now, I know I still need to recharge alone. Get things down on paper is something I’m trying to use as a process right now. ()

Anyways, My sense of time is so screwed. I want to write something beautiful about it, maybe a poem, to get the nuances of what’s going on, and I want to write a poem about it. And how everything is just different, and how it’s impossible to show someone how it feels and explain, and like “hi friend, I’m sorry I’m spamming you”. I’ve ended up in a position where I’m spamming my friends almost 24/7 because it feels like it’s been a week, two weeks, 3 weeks, I’m talking with them again and again. I’m not asking “what did you do today” 50 times, but I keep having a normal conversation, like I would with my close friends, just send a message. “What are you up to? I’m doing x y z, bla bla bla, do you wanna do something?” but then when you’ve asked someone if they wanna do something, like 3 times within 5 days. And then you realize two days later, that it hadn’t even been a week. And this person had given you the clearest indication that they are not a very social person. They did not want to be very social, you could keep talking and maybe see each other once in a while, maybe once every two weeks, but that was it. And here you are having asked them if they wanted to do something, 3 times, within just a few days and talking a lot and just being like suggesting different things and like “but why is this person like withdrawing from me, I don’t understand, do you think I’m trying to be friends with you?” YES, because you asked 3 times in 5 days if they wanted to do something, when for you it felt like weeks had passed, and it had only not even been a week. When that Friday rolled around and I was like when I realized that it’d been so fucking long, I don’t fucking know.

Can I summarize this? Well, it’s a bit wibbly wobbly timey wimey right now. And I hope you can appreciate that. I still want to make a poem for it, but we’ll figure that stuff out later. 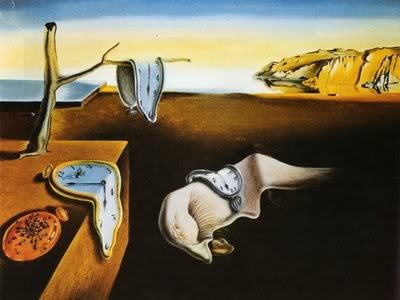